JEJU (AFP) – A few years ago it all came so easy to Jordan Spieth.

Fresh-faced, articulate and ridiculously talented, in 2015 the young Texan was on top of the world and virtually untouchable.

He won the Masters and US Open back-to-back before his 22nd birthday, was second and fourth in the other two Majors, and was victorious in three more PGA Tour events including the season-ending Tour Championship.

He rounded off an unbelievable year by being a key member of the Presidents Cup team that won a nail-biter in Incheon 15.5-14.5 on the final green.

He was dominating golf, but level-headed and mature enough to expect such heady times could not last.

“There’s really nothing I could do that wouldn’t be a dip after 2015,” Spieth told AFP in a frank interview at the CJ Cup in South Korea, where on Thursday (Oct 17) he will tee up in Asia for the first time since 2016.

Spieth won three more times in 2016 and swept majestically to his third Major at the Open Championship in 2017 at the age of 24.

Then came the slump: not a single win since that Sunday at Birkdale, on the windswept north-west coast of England.

Spieth endured a headlong plummet into the depths of golfing despair. It sparked panic, then introspection and finally a long search for answers as his famed ball-striking, accuracy off the tee and fearsome short game deserted him.

After such a majestic rise, Spieth admitted he found it hard to cope with an equally dramatic fall.

“It was more like I had a lot of ‘ignorance is bliss’ within my game. You know, I did things well but I didn’t know why.

“So I think for a little while it was a bit of panic, just not really knowing why (it was going wrong).

“And then the last six, seven months has been really kind of calming and patient – just saying ‘hey this is part of the game’ and you just let it come right back around.”

There were finally some glimpses of his old self this year after a torrid 2018.

Spieth tied for third at the US PGA Championship and battled wind and rain at Royal Portrush for a top-20 finish at the British Open.

“It’s mainly I turned around my putting and chipping from the year before,” Spieth said.

“The long game, I know it’s been off,” he said with a refreshing honesty.

“It’s just a matter of having the time off to be able to reset and actually put the work in.”

Spieth has now had that time. It is two months since his last PGA Tour appearance. 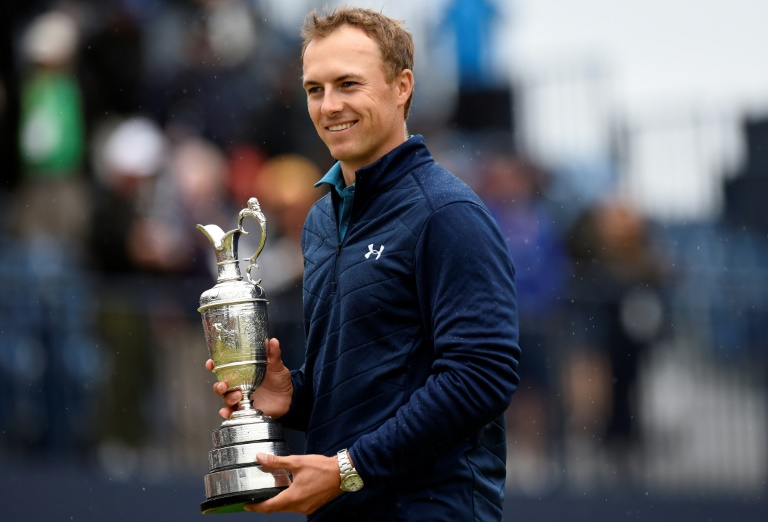 “It’s so tough when you have to play seven out of nine weeks, you can’t really make any changes in time,” he said.

The long break has enabled him to work hard on his swing, and he is relishing the chance “to try it out this week and hopefully peak next week (in Japan)”.

And with a good two weeks he feels he might still be able to grab a captain’s pick from Woods and represent Team USA again at December’s Presidents Cup in Melbourne.

“Yeah I’m coming in with that being a major goal out of the next couple weeks,” Spieth said.

“I know I’m down pretty far down on the list,” he added. “But I think if I can really play well, have a chance and maybe grab a win that may be enough to sneak in.”